What Is A Microbrew 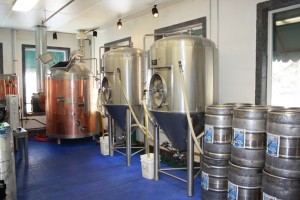 We often get asked what is a Microbrew? Well, here you go right from Wikipedia. – A microbrewery is a brewery which produces a limited amount of beer. In the U.S, the “Brewers Association” uses a fixed maximum limit of 15,000 US beer barrels (1,800,000 l; 460,000 US gal; 390,000 imp gal) a year to define microbrewery. An American “craft brewery” is a small, independent and traditional brewery. In January of 2011, The Brewers Association redefined their definition of a craft brewery, to include breweries who produce up to 6 million US beer barrels (186,000,000 US gallons) a year.

A regional brewery has annual production between 15,000 and 2,000,000 U.S. beer barrels per year. In order to be classified as a “regional craft brewery” by the brewers association, a brewery must possess “either an all-malt flagship or [have] at least 50% of its volume in either all-malt beers or in beers which use adjuncts to enhance rather than lighten flavor.