INDEPENDENCE (KWWL) — 18-year-old Nic Merfeld of Independence went missing while on a trip with his family in Wyoming last week. But miraculously, the Independence teen survives 25 hours in Snowy Mountains, he was discovered by two snowmobilers.

Merfeld knows how to be tough. The Independence High School Senior plays football and wrestles. But nothing could have prepared him for what happened one week ago.

“Our sleds were supposed to have tracking devices on them but we were in such a hurry to get out that was the last thing we were worried about,” Merfeld said.

While on a trip in Wyoming, Nic, his dad and his brother took to the snowmobile trails.

“He lost his family and panicked. He lost his bearings. And ran out of gas.”I would have been perfectly fine if I would have just stopped right there, my dad would have noticed I was gone, they would have turned around found me with in 15-20 minutes,” Merfeld said.

“I dug a trench alongside my snowmobile and laid tree branches down to keep up out of the snow. It looked like a grave and it felt like a grave trying to sleep in it,” Merfeld said.

He only got two hours of sleep that night. Meantime, his father and the rest of their group continued to look for him. By night fall on Sunday, January 17th, Nic’s dad called search and rescue.

“And to have to leave your son up there at night. I had no idea if I was ever going to see him again,” his father, Mark Merfeld said.

But Nic didn’t give up. Using what he had to survive he used his tool set to cut branches from nearby trees, stuck them in the snow hoping to get someone’s attention. Then he used parts from his snowmobile to make a shelter and 25 hours later someone found him.

“I knew that my family and friends wouldn’t give up on me so I wasn’t gonna give up on them,” Merfeld said.

“Longest night of my life. I can’t tell you the feeling when he was found and he was still alive,” Merfeld’s father said.

Believe it or not, after being stranded for 25 hours, Nic drove his snowmobile down the mountain himself. The group stayed for a few more days. All he says he walked away with was a cough. He said he got the idea to use his resources by watching the TV show “Man vs. Wild”. 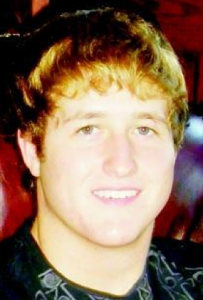