What Are the Benefits of Taking a Vacation?

Saratoga Resort and Spa is the perfect vacation spot to unwind, rejuvenate, and recharge your batteries!  The story below, from USAToday.com, explains the benefits of taking time off work for a vacation.  Book your stay at Saratoga Resort now for a relaxing vacation and experience these benefits for yourself.

According to the 2009 International Vacation Deprivation Study, commissioned by travel service company Expedia, more than 30 percent of Americans did not use all their vacation days. One of the major reasons Americans leave vacation days unused is the fear of losing their jobs, according to CNN. However, vacations are beneficial, not only to workers, but to their companies and to the American economy as well.

Health Benefits
Taking time away from work and routine allows the body to replenish and repair itself, according to Karen Matthews of Mind Body Center at the University of Pittsburgh, quoted on npr.com. The center surveyed 1,399 participants recruited for studies on cardiovascular disease, breast cancer and other conditions, and found that leisure activities, including taking vacations, contributed to higher positive emotional levels and less depression among the participants. Other benefits include lower blood pressure and smaller waistlines, reports npr.com. Women especially seem to benefit from taking vacations, according to a 2005 study conducted by Marshfield Clinic in Wisconsin, published in the Wisconsin Medical Journal and reported on medicalnewstoday.com. Women who vacationed less often than once every two years were more likely to suffer from depression and increased stress than women who took vacations at least twice a year. 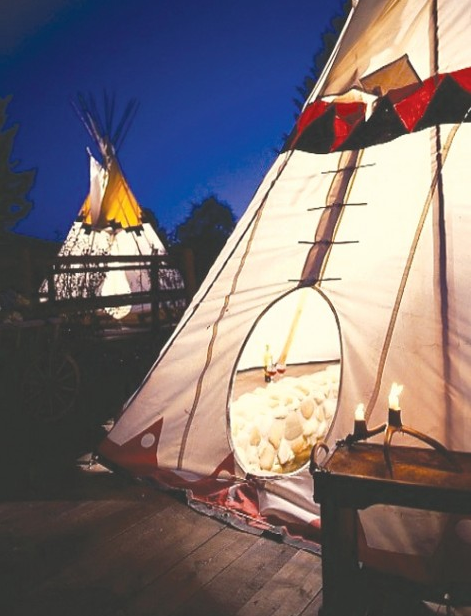 Creativity and Innovation Benefits
Robert Kriegel, author of “How to Succeed in Business Without Working So Damn Hard,” says workers get many of their best ideas away from the job. Without the pressure to respond to each crisis that arises, workers have the opportunity to consider innovative approaches, Kriegel explains on money.cnn.com. “Vacation should be really defined as a time when we can really turn off those tech work savers and just relax and have fun,” says Robert R. Butterworth, a Los Angeles psychologist with International Trauma Associates, quoted on abc.com. Workers in creative fields especially need the opportunity recharge their batteries.”If you have a job that’s very creative and you don’t take time off you hit a wall and you need a change. The break will allow you to refresh your brain cells,” explains Butterworth.

Economic and Productivity Benefits
Many locations count on tourism as a major source of revenue. Having fewer vacationers can make a significant detrimental effect in their budgets. The Vacation Deprivation study also suggests when employees take vacations, businesses and the economy benefit. According to the survey results, 34 percent of the respondents reported feeling better about their jobs and more productive after taking a vacation.”The research is clear, despite leaving vacation days unused, Americans believe in the restorative power of taking time off,” says Paul Brown, president of expedia.com, quoted on marketingcharts.com. Christine Louise Hohlbaum, author of “The Power of Slow: 101 Ways to Save Time in Our 24/7 World,” explains on the CNN website that workers who forgo their vacations aren’t doing themselves or their companies any favors. Even if they are physically present, they have often mentally checked out. “If people are overworked, they’re surfing the Internet. They’re not contributing to the bottom line,” Hohlbaum says.