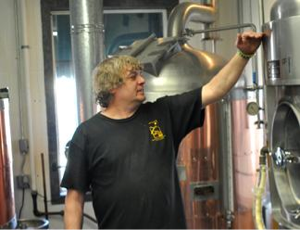 Brewmaster Steve Simpson checks on the tank holding his newest recipe in the microbrewery located at the Snowy Mountain Pub in the Saratoga Resort and Spa. Simpson has been the brewmaster since the inn re-opened the microbrewery three years ago.

The Snowy Mountain Pub and Brewery in Saratoga may be the best-kept secret in Carbon County.

“Lots of people in Carbon County are unfamiliar that we have a brewery here,” said Jenny Thompson, pub manager. “Last summer, I went to the music festival up in Rawlins and sold our beer there. I was surprised how many people didn’t know about us.”

The Snowy Mountain Pub and Brewery is located within the Saratoga Resort and Spa. The brewery was not functioning for several years until the resort hired brewmaster Steve Simpson of Laramie. Simpson formerly brewed at The Library Grille and Brewery in Laramie.

“A new owner bought the resort about three years ago and I started on July 13, 2009,” Simpson said. “The Snowy Mountain Brewery is the third-oldest active brewery in Wyoming, after the Snake River Brewery in Jackson Hole and the Library.”

The brewery in Saratoga opened about ten years ago and Simpson is their second brew master, Thompson said.

“I have been brewing for over 13 years,” Simpson said. “I am more of a German-style brewer as I lived in Germany for awhile. I am also somewhat of a West Coast brewer as I moved here from Seattle.”

The Snowy Mountain Brewery always has nine beers on tap that are made in its microbrewery located behind the bar. Five of them are house beers and four are what Thompson called seasonal beers.

A couple of the seasonal beers right now are the Scottish Ale and Sunshine Ale, Thompson said.

“I love experimenting with new stuff,” Simpson said. “I have made an imperial India pale lager by using floral and citrus hops. It is on tap too.”

Simpson plans to debut his newest beer — a brown sugar bock — next weekend. He used 36 pounds of brown sugar to make five-and-a-half barrels. It has fermented for about four weeks in one of the stainless steel tanks. 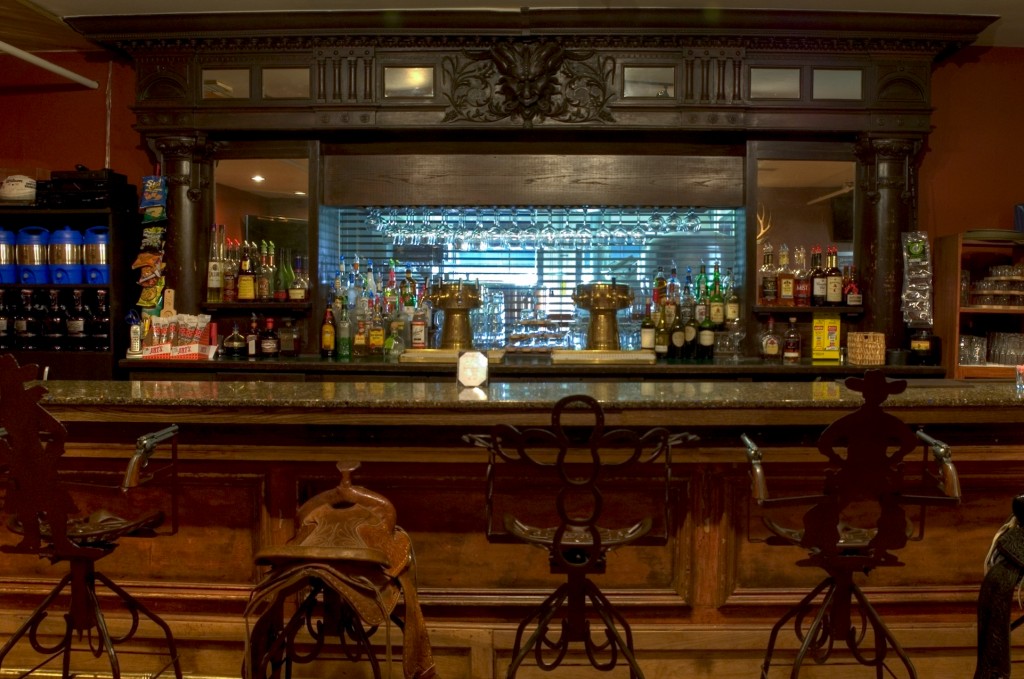 The Snowy Mountain Brewery was featured in an international magazine called Draft Magazine in 2009, Simpson said.

“It’s a well-known beer magazine that is world-known,” Simpson said. “They sent a photographer down here and he tried my chocolate honey rye porter. In the article, they said we are one of the top six breweries located inside an inn in the United States. The next year, we had people come in from Europe and Asia.”

The amount of sugar you have before and after the brewing process determines the alcohol level of the beer, Simpson said. Ambers have the lowest alcohol content, followed by pale ales, imperial pale ales and imperial pale lagers. Ales are fermented for 10 to 14 days and lagers for three and a half to four and a half weeks.

“When you put the yeast in it will eat up the sugar,” Simpson said. “This process extracts carbon dioxide and alcohol. So the longer you let ferment, the more alcohol content.”

Simpson said microbrewing has become a growing trend in Wyoming. The state now has 14 microbreweries with two new ones opening in 2011.

Simpson and Snowy Mountain Brewery are participating in a statewide collaboration with all the brewmasters in the state. Each one will have opportunity to suggest what ingredients to put in the beer and the beer will be sold at all the participating breweries this summer.

“People love our beer. They come from all over the world just to try our beers,” Thompson said. “We have a lot of people who come up from Colorado, and that state has a lot more micro-breweries than Wyoming.

“They ask if we have a Fat Tire or a New Belgian beer because they are familiar with those brands since they are brewed in Colorado,” Thompson added. “We offer them a Scottish Ale or an Imperial India Pale Ale, two of our biggest sellers, and the people come back.”

Simpson has entered his beer concoctions in several beer festivals throughout Wyoming, Thompson said. The Snowy Mountain Brewery plans to sell its beers at more events in Rawlins in 2012 to raise the awareness of its product locally, Thompson said.