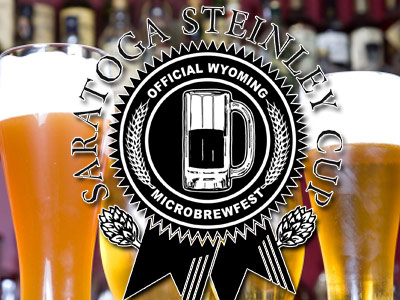 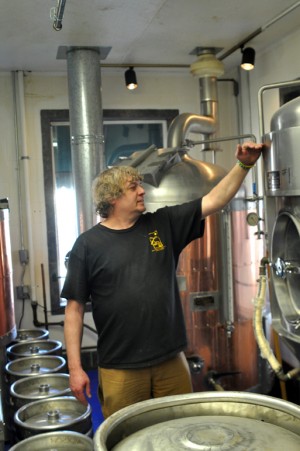 Check out the following article by the Rawlins Times, featuring our own Brewmaster, Steve Simpson.

This year, Steve Simpson wants to stand on top of the mountain as the best beer brewer in Wyoming.

To do that, the brewmaster at Snowy Mountain Brewery in Saratoga will have to beat all-comers Saturday at the 17th annual Steinley Cup Microbrew Competition.

Simpson has been perfecting his craft since he began home-brewing in the mid-90s.  In 2008 he was working at Library Sports Grille and Brewery in Laramie. He took the position as brewmaster at Snowy Mountain Brewery in 2009. Since then, Simpson has appeared in “Draft,” an American beer magazine distributed worldwide, for one of his concoctions.

He got a call from a woman who wanted to talk about beer, he said. The woman turned out to be the editor from “Draft,” which listed Saratoga Resort and Spa as one of the top six inns in the nation with a brewery. The article showcased Simpson’s Big Nose George Chocolate Honey Rye Porter.

“That’s when it blew up,” Simpson said. “We had people coming in from Asia, Ireland and Czechoslovakia—from all over. It got big fast.” The brewmaster kicks out more than 200 barrels of beer from the top-dollar brewery, he said.

The Steinley Cup
Each year a specific type of beer is selected for microbreweries to compete with. This year pilsner was chosen, said Saratoga/Platte Valley Chamber of Commerce Executive Director Stacy Crimmins.

The secret to a good pilsner beer is to be precise and clean, Simpson said.

“There’s not much to it, and that’s why it’s hard to make and you can’t hide any of your problems,” he said. “It’ll bring them out.”

Simpson has yet to win the Steinley Cup but likes his chances this year. He thinks the toughest competitors will be Altitude Brewery in Laramie, Snake River in Jackson Hole and Blacktooth Brewing Company from Sheridan, but Simpson said his brew went perfectly.

“The day of the brew, the pHs I wanted to hit for the mash, I hit. I hit the temperature right on.” Simpson’s yeast started fermenting right off the bat, he said, which is important because it will develop a sweet taste if it doesn’t. “It was a good brew day,” he said.

Simpson will pour his 307 Honey Lager, made with honey from Casper, and a collaborative brew made by all 13 microbreweries in Wyoming called WyPA along with his competition pilsner at the Steinley Cup.

Nine of 13 breweries in the state of Wyoming will be competing Saturday afternoon. Expert judges will participate in blind tastings to decide who has the best beer in the state.

“Whoever wins the competition can say they have the best beer in the state because we are the official competition,” Crimmins said. More than 800 people attended the event last year, Crimmins said. The festival will have entertainment and a chili cook-off as well. Free samples of beer and chili are included with the $20 price of admission.

“If you don’t like pilsner you can still come because the brewers bring all types,” Crimmins said.