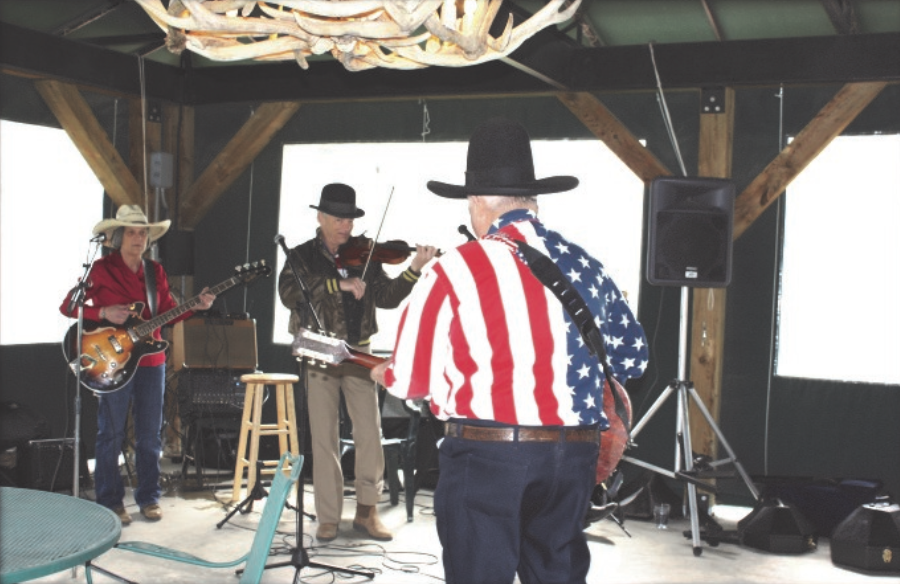 Wyoming Home Grown with Teense Willford is scheduled to perform this Saturday at the Snowy Mountain Pub! Make sure to join us for a tasty microbrew and some fantastic entertainment from 6 PM – 9 PM.

Teense Willford, a fourth generation Wyoming native, began performing with the Willford family band when he was in the first grade. He has been entertaining audiences as a guitarist, vocalist and teller of tall tales ever since. He and Jack Wallace have been playing together for over twenty years. In 1984 they toured Europe, promoting Wyoming tourism. For concerts he plays guitar, sings and acts as emcee.

Bob Smith is a Laramie native and a graduate of the University of Wyoming. He began playing guitar in 1960, inspired by the folk music boom. He later co-founded the Rocky Mountain Boys, the first bluegrass band in the Rocky Mountain region. The group went on to record several albums. Smith has played in a number of bands and has performed with Willford and Wallace for the last eighteen years. He performs all styles of music including country, ragtime, finger pickings and blues. Smith is manager of a Music Pro Shop in Laramie and sings with the band.

Kate McKeage began playing electric bass in bands at the age of sixteen and has been working steadily ever since. During that time she has played most styles of music, from country to polkas to metal. McKeage is also a double bassist and has performed in orchestras and chamber ensembles in Germany and the western United States. She joined the band in 1992 and plays bass and sings with the group.