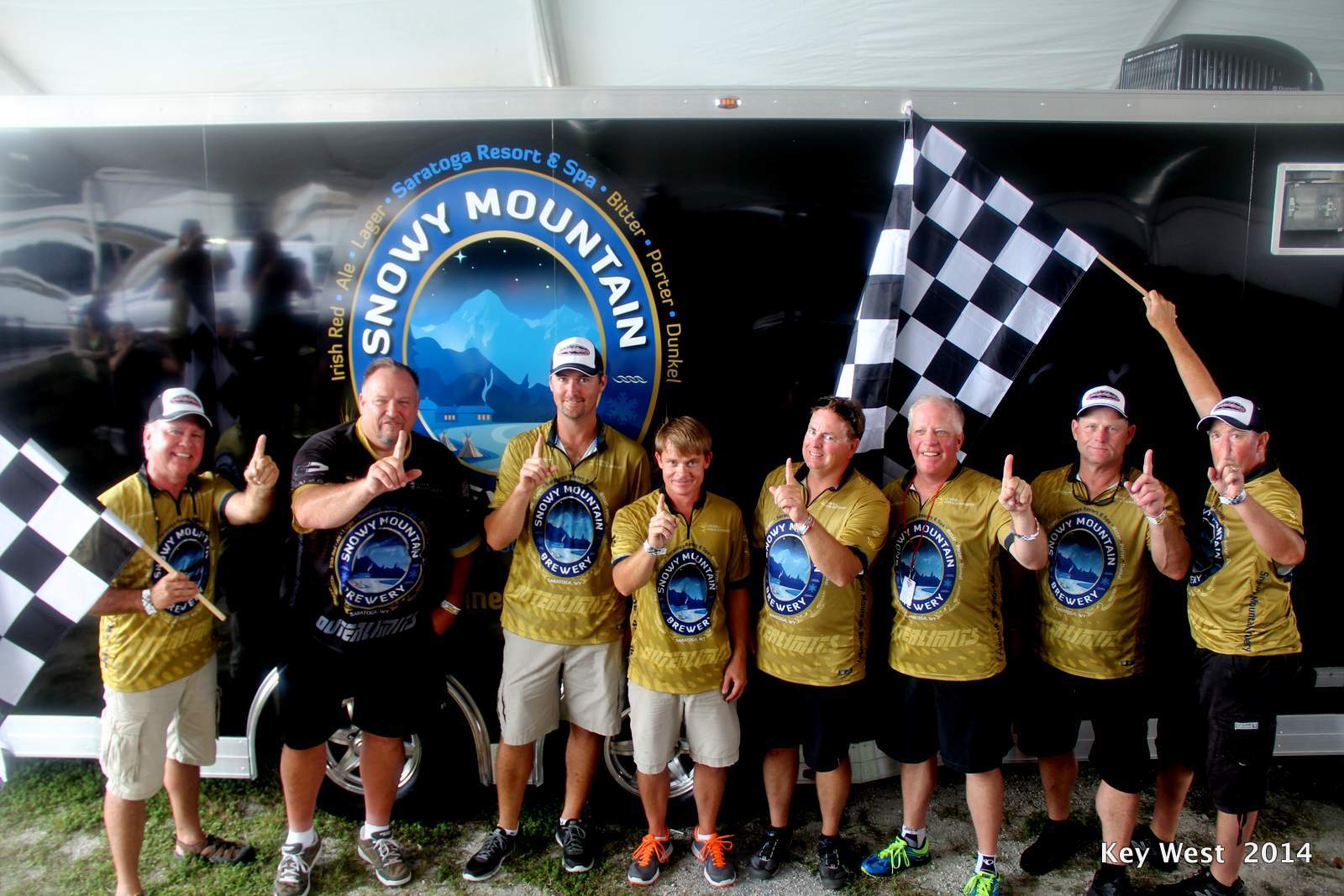 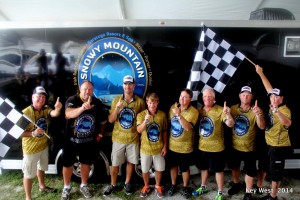 Speed On The Water Magazine is one of the premier resources for everything offshore racing and powerboating–related. Throughout the entire duration of the 2014 Super Boat International World Championships in Key West, they compiled several articles covering everything from information on and interviews with individual teams to the results of each race. Check out an excerpt from one of the featured articles below, featuring the WORLD CHAMPIONSHIP–Winning Team, Snowy Mountain Brewery Offshore Racing, or click here to read it in full!

Before the green flag even dropped on today’s Superboat Vee-class contest in Key West, Fla., during the Super Boat International Key West Offshore World Championships, the battle began for Snowy Mountain Brewery and archrival Sun Print/Boatfloater.com. While the accounts vary between the Sun Print team of Steve Miklos and Stephen Kildahl and Snowy Mountain Brewery‘s Michael “Doc” Janssen and Brian Forehand, the two V-bottoms made contact before they even left the milling area.

“This one feels great—we came here this year to honor (Outerlimits Offshore Powerboats founder) Mike Fiore, and we did it,” said an excited Janssen from the team’s celebratory pit, which included world champion-labeled wine and champagne bottles as well as posters of Fiore. “This is our fifth world championships in three different boats—we’ve won it back-to-back-to-back in the Outerlimits.

“Today was the roughest I’ve seen it in five years—the boat was hanging in the air for so long,” he continued. “Our team was well prepared and we knew we controlled our own destiny coming into the race this morning. We couldn’t be happier. Brian and I stumbled together several years ago, and although we’ve had our ups and downs, things have clicked for us lately.”

Janssen thanked his team as well as Bob Bull’s CMS crew, which shared tools and information throughout the week during the championships.

If you couldn’t make it out to the races, you can catch up on ALL the action via the Official Super Boat International Livestream, here! Below is the video from the final day of racing, where the Snowy Mountain Brewery Offshore Race Team solidified their position at the top of the podium for the 2014 Key West World Championships.