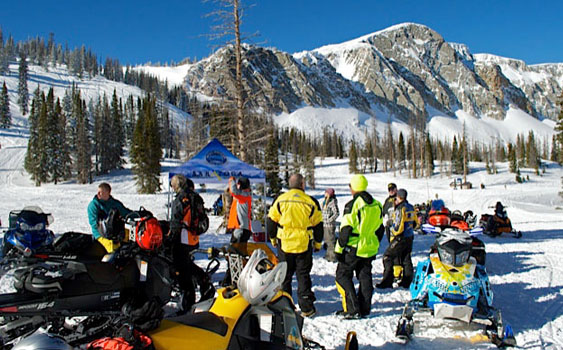 While the Snowy Range Snowmobile Poker Run will be taking place Saturday, February 7th, in just over a week—January 29–31—Powerboat enthusiasts will be trekking to Saratoga, Wyoming for an event to fill their need for speed… and good deeds! Check out the article below, from OffshoreOnly.com, for some awesome coverage on the upcoming event.

Less than a week after winning his third consecutive Superboat Vee world championship in Key West, Fla., in November, Michael “Doc” Janssen invited fellow offshore racers and performance boat enthusiasts to join him for a winter poker run involving his other go-fast hobby—snowmobiles.

Janssen’s Snowy Mountain Brewery offshore racing team, which runs a canopied 30-foot Outerlimits Offshore Powerboats V-bottom, was once again sponsoring the sixth annual Snowy Range Snowmobile Poker Run in Wyoming coming up on Saturday, Feb. 7. He figured some of his powerboat friends who enjoy his same need for speed would get a kick out of running a snowmobile in the event, which benefits Upper Platte Valley Search & Rescue.

Well, he was right. Although his powerboat friends took it to the next level and decided to do their own run the weekend before (Jan. 29-31) and turn it into a fundraiser for the Fiore Family Fund. Leave it to loyal Outerlimits owners like Mark Tuck of Virginia; Dave Scotto of Ontario, Canada; and Joel Begin of Quebec, Canada, to jump all in on an idea like this. 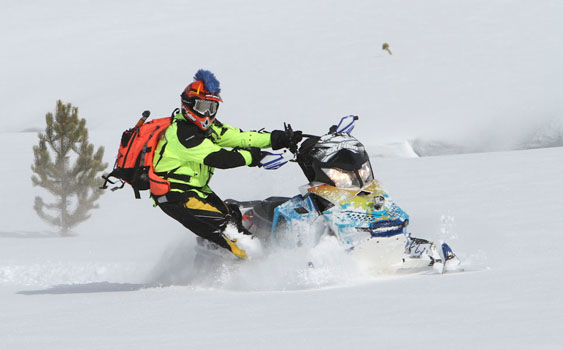 So, two weeks from tomorrow, those guys, their friends and other performance boat owners will be meeting up at the Saratoga Resort and Spa in Saratoga for a couple of days of frozen fun followed by a Super Bowl party at Janssen’s home in Breckenridge, Colo., before heading home.

“We’ll probably have about 30 snowmobiles or more for the two-day run,” said Tuck, who decided to organize the event through the Atlantic Coast Powerboat Association, the divisional APBA club formed for the Outerlimits kilo record attempt last April (read the story), to honor Fiore, the late Outerlimits founder who was commodore of the less-than-year-old club. “I can’t wait honestly. Doc and the Saratoga Resort and Spa are taking good care of us and put together a nice package deal that includes snowmobiles for those who don’t own one. There are several guys bringing their snowmobiles from Canada for this. It’s going to be so much fun.

“We also already had one performance boater who can’t make it [Jimmy John Liautaud, the founder of Jimmy John’s] donate a significant amount of money to the education fund,” Tuck continued. “So before we’ve even arrived we’ve already raised a good chunk for the kids. We have people coming from Florida, North Carolina and other parts of the country. I think the donations will be significant.” 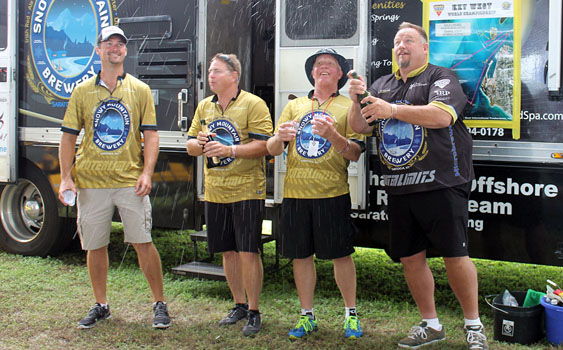 According to Tuck, Brian Forehand–the talented throttleman who races alongside Janssen and drove Joe Sgro’s SV 43 180-plus mph to set a V-bottom kilo record–will be coming for the event, as will Janssen’s friend and fellow Lake of the Ozarks boater Roger Neighbors, who owns a 42-foot Fountain Powerboats V-bottom. Also joining the fun will be the former owner of the Global Warmer Fountain raceboat, Dan Davies, who crewed for the Snowy Mountain Brewery boat in Key West.

“I am proud to be the local host of this event since most of the participants have never been to Wyoming or the Rocky Mountains,” said Janssen, who added that his snowmobile reaches the mid-90s, which is faster than the top speed of his Outerlimits. “While many powerboating enthusiasts are winterizing their seasonal marine hobby, in Wyoming at 32 degrees water turns to freedom. The list of participants who will get to experience the tradition of the Healing Waters Spa, sip on fresh microbrew, eat great food and participate in a two-day poker run is growing every day. A lot of energy and planning has gone into this event. It’s going to be a lot of fun.”

Former Powerboat editor Jason Johnson was an integral part of the magazine staff from 2005 through 2011, utilizing journalistic integrity and experience in and around performance boats to report on all aspects of the go-fast lifestyle. The award-winning writer resides in Southern California and is the executive editor and co-publisher of speedonthewater.com, and writes for Sportboat and Powerboating in Paradise magazines.