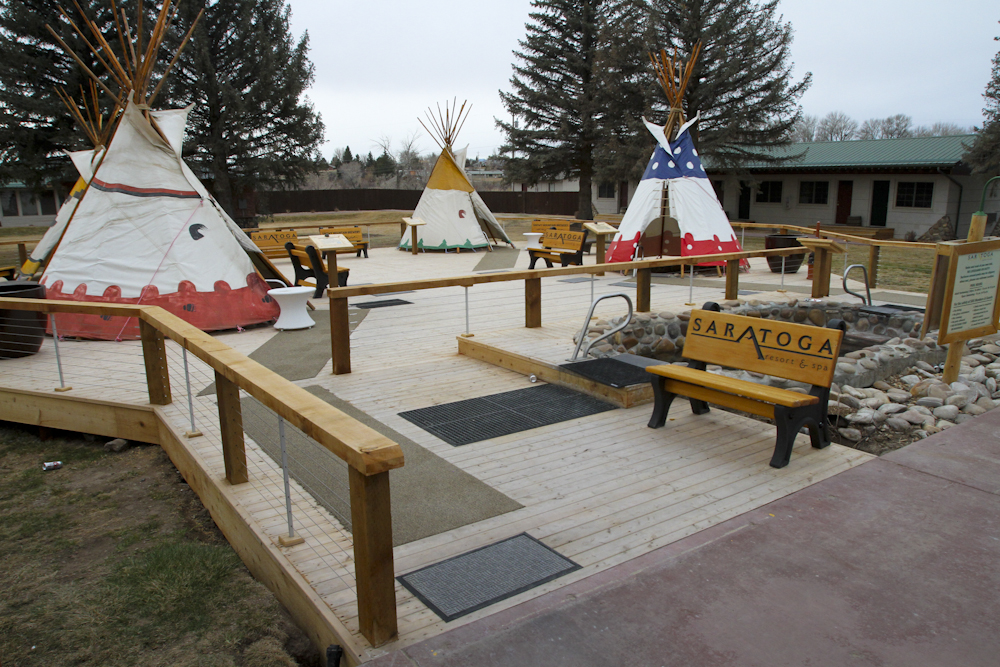 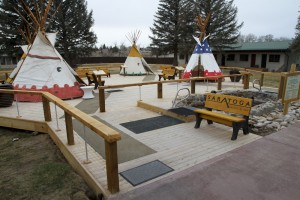 Saratoga Resort and Spa is proud to announce that the installation of the new deck surrounding the Mineral Hot Spring Pools is complete, and we couldn’t be more thrilled with the results!

We would like to send a big THANK YOU to Gates Milling Inc. of Gatesville, NC, for supplying 5,000 board feet (4,200 square feet) of beautiful wood for our deck. Constructed out of rot-resistant Atlantic White Cedar, found primarily in the swampy areas of the South-Eastern United States, the new deck is set to last us for many, many years of enjoyment.

We would like to invite ALL of our guests and patrons to visit the renovated area; sit down on our new customized benches, relax, enjoy the view, and take a much-deserved rejuvenating dip in our beautiful Mineral Hot Spring Pools.

Balneotherapy is the treatment of medical conditions by bathing in naturally occurring heated mineral water. It is an ancient practice that has been used throughout history for the treatment of many diseases. Although contemporary medicine has been slow to establish the scientific basis for the benefits of submersion in mineral-rich hot springs water, a long history of use strongly suggests medicinal benefits. It is widely recognized that a tranquil hot springs soak provides relief from the pain of stressed muscles and tired joints. The complex effects of hot springs minerals on the skins glands and blood vessels is the likely explanation for the numerous subtle benefits that are reported by those in tune with the hot springs way of life. 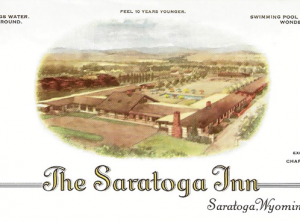 This is the architect’s drawing of the Saratoga Inn as it would appear when the extensive development project by the Saratoga Hotel Company was completed and the resort was ready for full-scale operation. The plan included a new hotel, swimming pool, sunken garden and 9-hole golf course. The state cottages and bath house are to remain in use, all built around the famous mineral hot springs.

After the unfortunate demise of the Saratoga Hot Springs Hotel in 1902, several other structures were erected around the the mineral hot springs. In 1921, the State of Wyoming purchased the 420-acre site and established the “Saratoga Hot Springs State Reserve”. The State Bath House, which is now houses the Healing Waters Spa, was constructed, along with swimming pools on each side of the bath house. Use of the private State Baths was offered to travelers for 50 cents for a dip in the hot mineral water. Also offered to those weary travelers were sweat baths and Swedish massage. The mineral springs were hailed as a Fountain of Health. 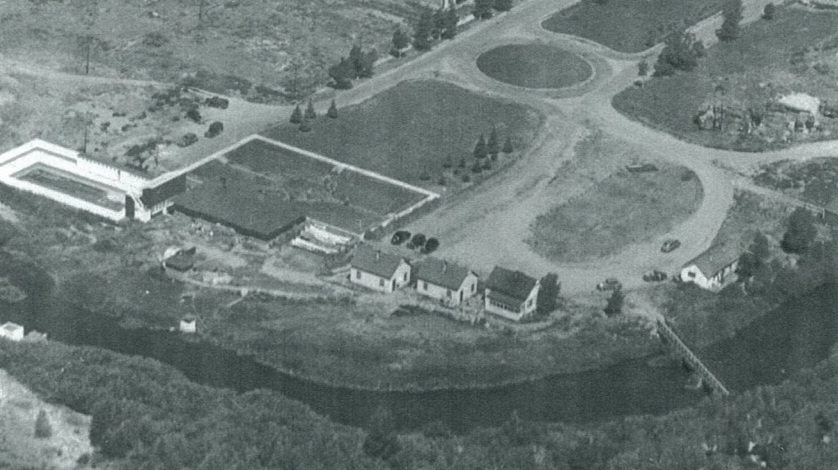 “This place has everything, hot springs (to heal) close to anything that ails you, fishing, hunting, duck and pheasant shooting, one of the most colorful cow towns anywhere, red desert, timber and mountain country all in one,” noted Bill Walker.

According to an early brochure, “The purpose of the Inn is to provide the valley with… a glass enclosed swimming pool heated with waters of mineral hot springs…” 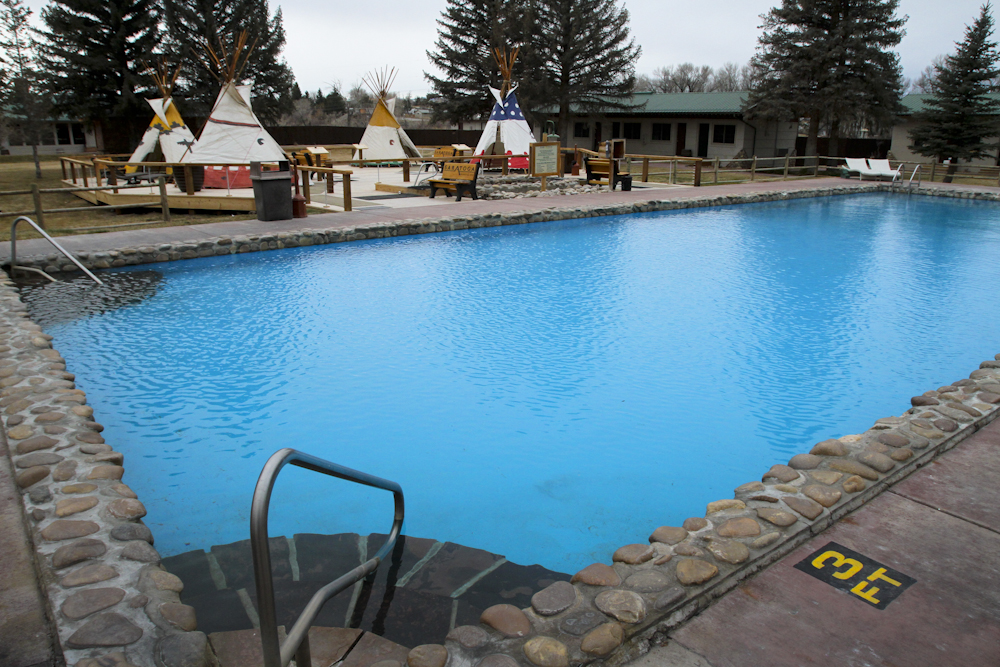 [/threecol_two][threecol_one_last]In the years that followed, the Saratoga Inn transferred ownership among each of the following owners to sustain its growth:

In December of 2008, the International Resort Properties (the Janssen Family) acquired the Saratoga Inn and transitioned it into a four season Wyoming resort: The Saratoga Resort and Spa.

During the next six years, more resources are invested in the Resort than in the entire history of the Resort. Renovations and additions include:

Special thanks to Dick Perue of Historical Reproductions by Perue for photographs and historical content.