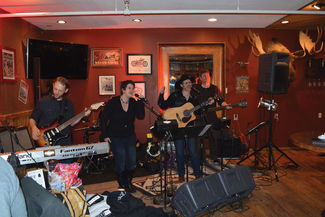 Photo Courtesy of the Saratoga Sun

The Colorado country-inflected rockers Slopeside made good on the promise of their song “See You in Saratoga” Saturday night, April 30. The band was in town to play a three hour show at the Saratoga Resort and Spa, where a crowd of about 60 turned out to hear a wide-ranging, high-energy performance.

“There are just really good people here – it brings us back every time,” said keyboardist and guitarist Cody Culver about playing in the Valley. The band first toured in Saratoga five years ago and they’ve come back several times.

Lead guitarist Arn Currant said, “Cody and I both have roots in Wyoming,” noting that Culver was born and raised in Sheridan. Currant’s grandfather was the principal of Rawlins High School for twelve years, and Currants’ father used to float the Platte on military rafts “before it was cool,” the musician joked.

Husband-wife power-vocals duo Arn and Karen Current serve as the five member band’s lead singers, with Arn also playing guitar and Karen sometimes incorporating a tambourine into the performance. Somewhat camera-shy, Norris Jones has drummed for the group since 2007, and Jeremiah Donahue is the newest addition to Slopeside, having played bass with the group starting in November of 2015. The show at the Saratoga Resort and Spa was Donahue’s first performance with the band.

Since 2005, the members of Slopeside have been introducing their unique brand of music to audiences across Utah, Colorado and Wyoming. With an emotive, melodic sound built around the intertwining voices of the Currants, Slopeside showed up to jam Saturday night, delivering a show that was full of energy and poignance. 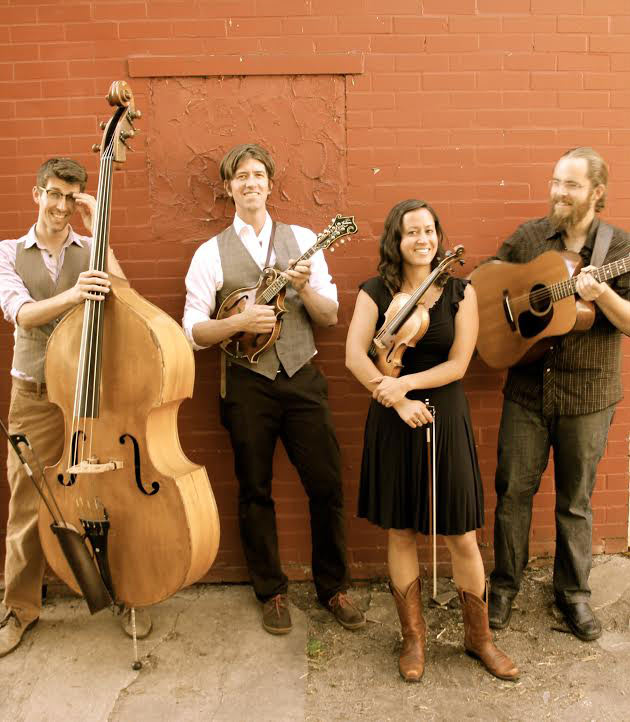 Without a doubt, the group fulfilled Arn Currant’s pre-show promise to “come out smokin’!”

It had been a while. Slopeside’s last show as a full band was in June of 2015, at Beano’s Cabin near Vail, Colo. Culver said that since that show, the group has transitioned bassists, trying out about 25 different players before deciding Donahue should be their new plucker.

Culver said the group is pleased to play “anywhere that puts us in a bed,” and the band certainly sounded like it during their set. Slopeside ripped through a strong set of covers and originals, some of which were being debuted to a live audience for the first time. Culver said the group has about 50 to 60 original compositions, counting those off of their newest album “One Lane Town.”

At one point, Slopeside was playing around 150 shows a year, but since all five band members have outside jobs, the band takes on less live gigs these days. Arn Currant spent much of his youth working as a ranch hand at the Caribou Ranch and now works at a factory which manufactures electric car motors. Besides being a deep-lunged vocalist, Karen Currant is a landscape design architect, and Jones designs pipelines as an engineer when he isn’t keeping time for Slopeside. Donahue works in design and Culver assists with patient care at the Rocky Mountain Cancer Center.

Having survived a bout with cancer himself, Culver is deeply committed to helping those with the disease. In 2009, Slopeside raised $47,000 for the cancer charity Rock the Cause, and Slopeside continues to do benefit shows whenever they can for groups such as the Ronald McDonald House and Children’s Hospital.

The members of Slopeside are scattered throughout Colorado, and many face a significant commute to their recording studio, Coupe Studios, in Boulder, Colo. There, the band’s longtime producer John McVey “just pulls the magic out of us,” according to Culver.

Fans got to experience a little piece of that magic Saturday night. They’ll have a chance to do so again when the band next swings through town in June.

This article originally posted on SaratogaSun.com.