Snowy Mountain Brewery invites you to our Craft Beer Launch Party May 28th! 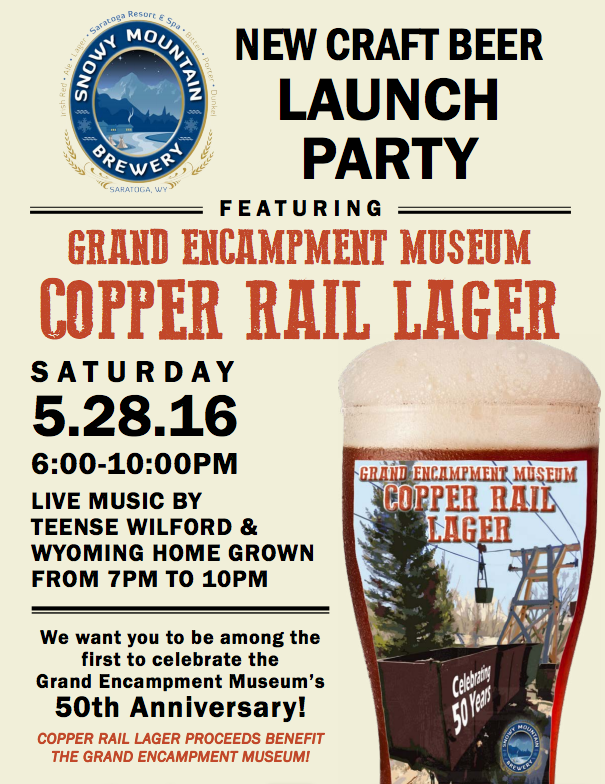 Join us for a night honoring the 50th Anniversary of the Grand Encampment Museum, and the official release of Snowy Mountain Brewery’s NEW Copper Rail Lager Saturday, May 28th from 6pm – 10pm. Teense Willford and Wyoming Home Grown will be keeping the party rolling with entertainment from 7pm to 10pm!

The beer launch party is to kick off in honor of the 50th Anniversary of the Grand Encampment Museum. Saratoga Resort and Spa and Snowy Mountain Brewery invite all to c’mon down and be among the first to celebrate and show your support! Proceeds from the Copper Rail Lager craft beer, by the glass and pitcher, will benefit the Grand Encampment Museum.