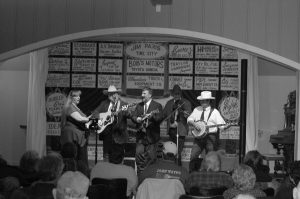 Come visit us and check out this fantastic Bluegrass Band at Saratoga Resort and Spa!

Coming to Saratoga Resort and Spa to perform LIVE on Saturday, July 16, 2016 is the Stanleytones Bluegrass Band! They will be playing in the Snowy Mountain Pub & Brewery from 7-9pm. Join us for some delicious food from our pub while enjoying the powerful and authentic sound of the Stanleytones Bluegrass Band. You won’t want to miss this awesome night of entertainment!

About the Band
Steeped in tradition, The Stanleytones Bluegrass Band was formed in 1999. The band was named after the Stanley Brothers, Ralph and Carter, who played throughout the 50’s until Carter’s death in 1966. 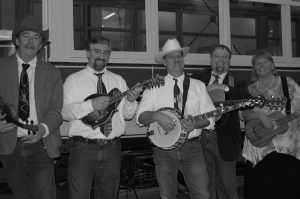 Sticking to a sound reminiscent of the old days and singing around a single mic, their audience will be treated to original songs and timeless classics.
Their passion for bluegrass is evident in their sound – hard drivin’ and traditional, the way it was meant to be!