Enjoy Tasty Food, Great Music, and A Little Competition at the Microbrew Festival! 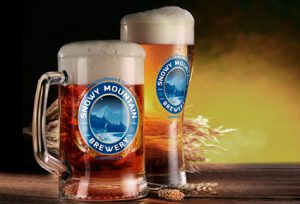 Microbreweries from around Wyoming will belly up to the bar to see who takes home the coveted Steinley Cup at the official State of Wyoming Microbrew Competition in Saratoga later this month.

The 21st annual edition of the event is scheduled for Aug. 20 at Saratoga’s Veterans Island Park.

The theme of this year’s brew is ‘American Wheat’ beer and the competition will be judged by a panel of brewing professionals from Colorado. Festivities begin at 1 p.m. and will run until 5 p.m.

“This microbrew festival is unique in that only microbreweries based in Wyoming are invited,” said Stacy Crimmins, CEO of the Saratoga/Platte Valley Chamber of Commerce. “It was one of the first, original competitions and brew festivals in the state and is known by the brewers as the official competition. No one can claim they’re the best in the state unless they have carried the Steinley Cup trophy home.”

Among the 28 breweries invited to this year’s event is the defending Steinley Cup champion —Laramie’s Altitude Chop House and Brewery — and the defending People’s Choice champion, The Library Sports Grille and Brewery, also from Laramie.

Admission is $25 for ages 13 and older and free for children 12 and under.

“With paid admission you can enjoy entertainment; taste great chili, soda and beer; receive a 12-ounce mug and ballots to vote for your favorites in the competition class and shop at the local craft booths,” Crimmins said. “Those over age 21 will have the chance to taste the competition class as well as many other hand-crafted brews.”

This article was originally posted on WyomingBusinessReport.com.