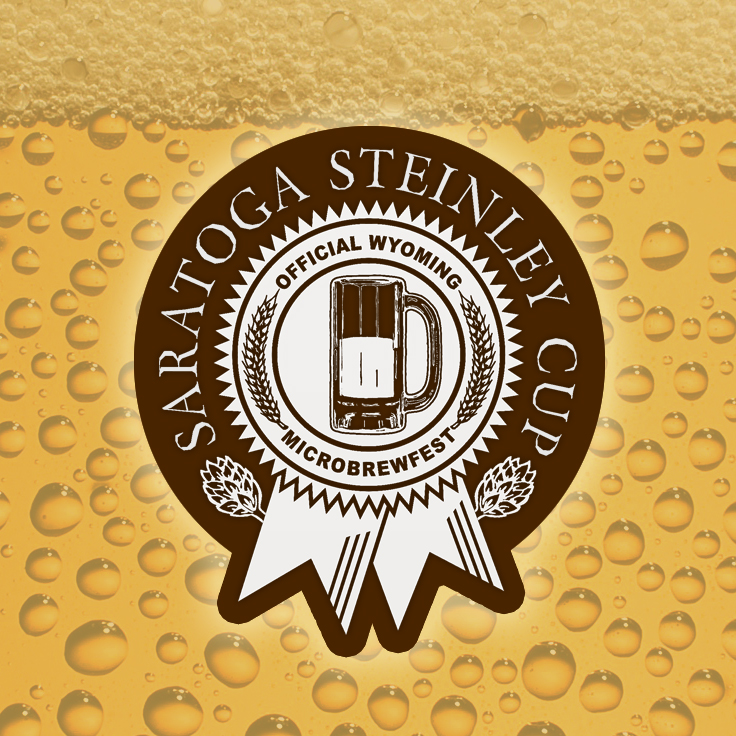 Check out this awesome interview of pre–Steinley Cup Coverage with our very own Snowy Mountain Brewmaster, Steve Simpson!

After getting together to create a collaboration brew in May, it’s time for Wyoming brewmasters to decide who is best.

Twelve Wyoming brewers have registered for the 17th annual Steinley Cup microbrewery competition as of press time Thursday. The brewfest, which is limited to Wyoming brewers, takes place Saturday from 1 – 5 p.m. at Kathy Glode Park in Saratoga.

Attendees can pair their beers with green and red chili and salsa from the Chili Cookoff, which takes place at the same time. Non-drinkers can enjoy a variety of root beers.

Those who want to get some exercise in before indulging can participate in the Saratoga Trout 5K Run/Walk the same morning. Registration begins at 7 a.m. at Veterans Island Bridge. Participants receive half off for Steinley Cup admission.

Each year’s competition specifies a beer type. This year, all brewers must make India Pale Ale (IPA) for the competition, although they usually bring other brews for attendees to taste.

Steve Simpson, brewmaster at the Snowy Mountain Brewery in Saratoga, is crafting a rye IPA for the event.

“I’ll be brewing down here all night Friday until Saturday morning,” he said.

Simpson is also bringing some Saratoga Witbier, which has orange peels and coriander, and the Sunshine Ale, which carries a hint of sweetness from British “promise grain.”

Simpson started out as a home brewer in the 1980s. When he moved to Laramie, he started brewing up to three times a week with a UW professor. 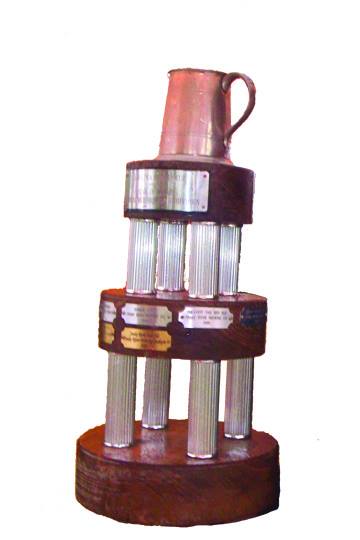 “When the Library (Brewery) changed hands, they asked us to brew for them – that’s how I got into the big business,” he said. “I like it – it’s relaxing.”

When Snowy Mountain opened back up, Simpson became the brewmaster.

Simpson said he leans toward more of a German style. “I spent three years in Germany in service,” he said. “Also more of the West Coast is what my style tends to lean towards. I try everything else but I seem to lean that way.”

Simpson said there were only eight breweries in Wyoming when he became a professional in 2007. Now there are 22. Despite being competitors, Simpson always tries to get brewers to come together.

“Competitions are competitions,” he said. “But if someone’s in need of something, we always help each other anyhow.”

In 2011, Simpson got 13 Wyoming brewmasters together and headed to the Wind River Brewery in Pinedale to create a collaboration brew to present during Craft Beer Week.

Simpson said they usually start with an Internet conference in January. “The only mandatory thing is you have to have a beer in your hand to be able to talk,” he said. “Then we start throwing styles at the wall.”

They have another meeting a month or two later, set up the recipe and divvy up the ingredients.

Simpson “caught wind” yesterday that the brewery at Lander still has a keg of the collaboration brew and might bring it to the Steinley Cup.

“We all got closer by doing the collaboration brew,” he added. “At brew fests you get to talk to each other but this was like sitting around talking beer for 48 hours.”

“I like running and I wanted to organize something,” Elder said. “The purpose of it is to benefit something around the town.”

The town of Saratoga donated property for the park, but is not funding the construction. The park is in memory of Sgt. Tyler Pickett, who died in 2008.

“This is to help call attention to it and generate some funds,” Elder said. “But it’s not just this race. Other people are also working on it.”
Source: www.rawlinstimes.com; Han Cheung; August 16, 2013.