Saratoga Resort and Spa is proud to announce the welcoming of our newest chef, Brian Holmblad! 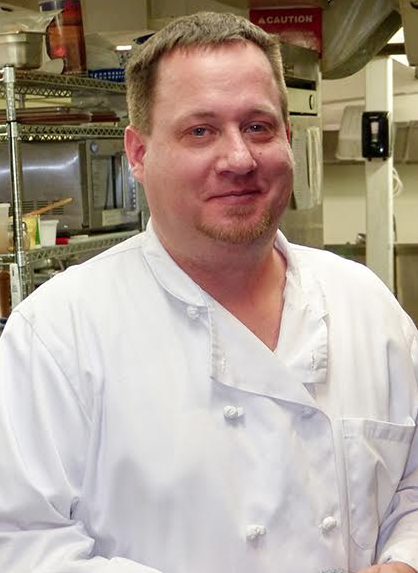 Live and new to us from Madison, Wisconsin by way of Seattle, Washington the new Head Chef for Saratoga Resort and Spa is Brian Holmblad.  He brings to the table extensive expertise for a wide range of food.  His focus is on taste as well as presentation of all dishes.  If it doesn’t taste good it doesn’t leave the kitchen.

Brian’s most rewarding culinary experience was being the Team Chef for the Green Bay Packers straight out of culinary school.  The call of a new adventure had Brian hitting the roads and leaving football behind.

Finding himself in Saratoga, Wyoming and his new home in the kitchens of the resort, his hopes are to have the menus be the talk of the town and the taste everyone craves.  If you haven’t tried his Bananas Fosters Pork Chop or Pasta Maxfield (you’ll have to try it to know whats in it) you’ve been missing out on the delight of your life.  And of course since he’s in Wyoming, home of the meat and potatoes, his plans for just such meals are endless.

So don’t wait, come now and see what a boy from Wisconsin and Seattle has to share with the people at the Saratoga Resort and Spa.

One Month Countdown to Without Limits Snowmobile Run
January 25, 2023