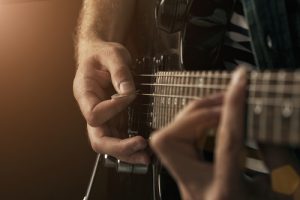 Snowy Mountain Brewery is excited to announce that Cedric Rogers will be performing live on December 2, 2016! Come join us for a funky night full of guitar style music, craft beer and dancing!

Rogers is a songwriter and performer of Americana music. His original songs combine foot-tapping, funky, rhythm guitar style with catchy melodies and narratives, enjoyable for people who want to dance or for people who want to hangout, and relax. A native of Maine, Cedric now resides in New York where since 2014 he has been an artist in residence at The West End Lounge on the Upper West Side of Manhattan. In 2015, Cedric recorded and released his Ep, Home, and performed at the Blick Art Materials September Music Festival, the Grand Opening for the Harlem Community Justice Center, and at La Perla Garden for Make Music New York. In 2016, Cedric has been touring in the northeast United States, performing in Maine, New Hampshire, Vermont, Massachusetts, New York, Pennsylvania, Maryland, Virginia, West Virginia and Ohio.